The Olde Lincoln House has a rich history

In the early 19th century, John Reist laid out the first buildings in the town of New Ephrata. The second building that was constructed was a tavern with a wide stone foundation. It was described in an 1813 public sales bill as:

That well-known Tavern stand, sign of the Golden Swan, in the town of New Ephrata, on the Downingtown, Ephrata, and Harrisburg turnpike road, about 30 miles from Downingtown, and about 36 from Harrisburg, in Cocalico township Lancaster county. This house is large, built of logs, containing 3 rooms below and 4 above, with a large kitchen adjoining, a well with neverfailing water near the door, and has been kept a public house of entertainment for a number of years past. 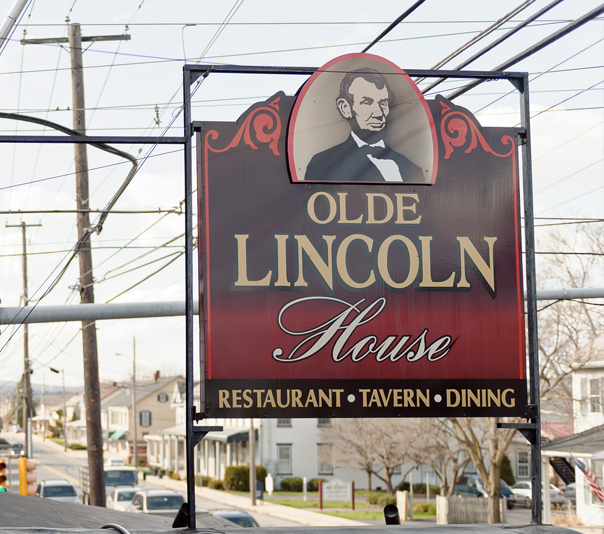 New Ephrata was a very prosperous town, but with the coming of the railroad a dispute arose between New Ephrata and Ephrata. When the railroad went through Ephrata, New Ephrata was renamed Lincoln after the then-President (sometime around 1860). In the late 1960’s the town of Lincoln was annexed into the Ephrata borough, however many local residents still refer to this area as Lincoln. 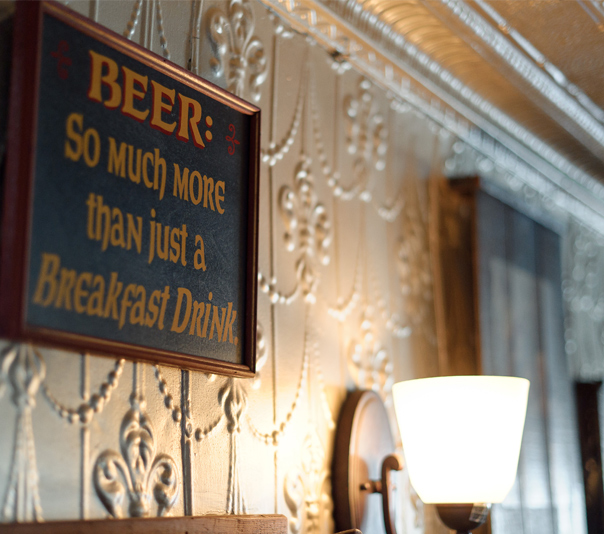 Over the years many small additions have been added to the original structure. The tin ceiling and walls in the bar area were added in the 1800’s. The main section of the bar is original to that era, but the copper trough around the base of the bar that was for the convenience of customers who chewed tobacco is now missing. 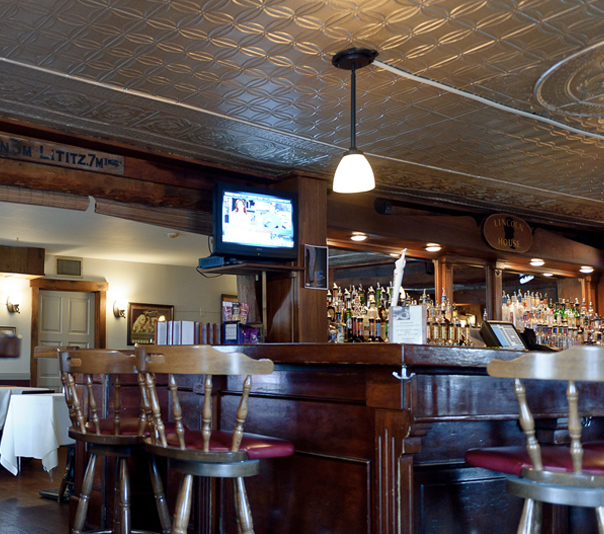 The Olde Lincoln House has had many names, most of which were after the current owner: Miller’s Hotel, Fair’s Hotel and Spangler’s Hotel. Prior to 1967, the Lincoln House was a residence for the former owner, served patrons their favorite cocktails, had a limited menu, and rented rooms on the second floor.

Today, The Olde Lincoln House no longer offers board, but it remains a favorite place to eat for residents and visitors alike.

"The Olde Lincoln House has the best burgers around, combined with the friendliest staff and unique atmosphere it's easily my favorite restaurant on the east coast."